MaryAnne discovered her love of food and entertaining as a young actress in Hollywood when she began working as a waitress for Wolfgang Puck at Spago Hollywood. Having the opportunity to work with Wolf and the innovative chefs in Spago’s kitchen inspired MaryAnne to shift her focus from acting to cooking and she packed her bags and headed to Paris to attend the Cordon Bleu. After months of whisking egg whites, learning knife skills and blending heavy sauces, she returned to work in Wolfgang’s kitchen. Marriage and babies derailed her dreams of becoming America’s Next Top Chef but her experience helped make her a popular dinner hostess and volunteer caterer. She was eventually swallowed up by the world of Santa Barbara fundraising, sitting on boards and chairing many local non-profit events. With the encouragement of friends and family, MaryAnne decided to put her shingle out and open her own event planning business in 2011. SWANK santa barbara has since become one of Santa Barbara’s most sought after event planning companies known for style, vision and expertise. 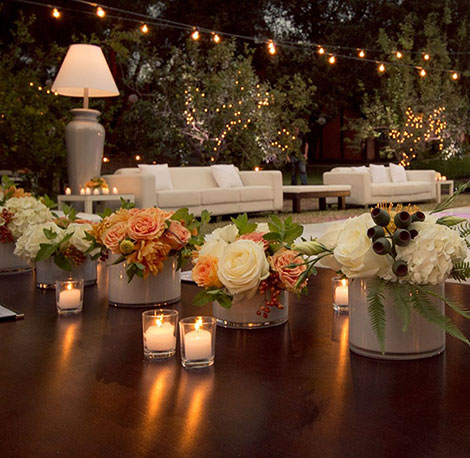 "It gives me unlimited joy sharing my skills enabling clients to be guests at their own events. It’s your party, enjoy!"
A Little More About Me…